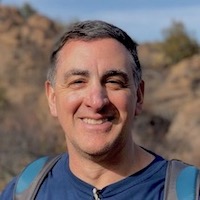 I grew up in Farmingdale, NY, and graduated college with a B.S. in Biology from the S.U.N.Y. College at Oneonta. I played varsity lacrosse for 4 years and was team captain my junior and senior year. After college I earned my Masters degree in Physical Therapy from the combined U.S. Army/Baylor University program. I spent 10 years as an Army Physical Therapist. At the ripe old age of 35, I went to medical school at the U.T. Medical School at Houston. After graduation I did my residency in Emergency Medicine at Carl R. Darnall Army Medical Center, Fort Hood, TX. I've been an attending physician in the ER at Darnall since 2005. In 2012 I earned my private pilot certificate and fly regularly.

I've had an interest in computer programming since 1996 when I created a grades tracking database using MS Access and VBA. I progressed over the years to web and mobile development using HTML, CSS, Javascript, jQuery, Nativescript, Coldfusion, and MySQL.

As a graduate of the UT Austin Full Stack Coding Bootcamp, I have expanded my front-end and back-end skills to include Bootstrap, React, Node, and MongoDB. I've created many projects, to include unique medical and aviation applications that exploit my expertise as an Emergency Medicine Physician and Pilot.